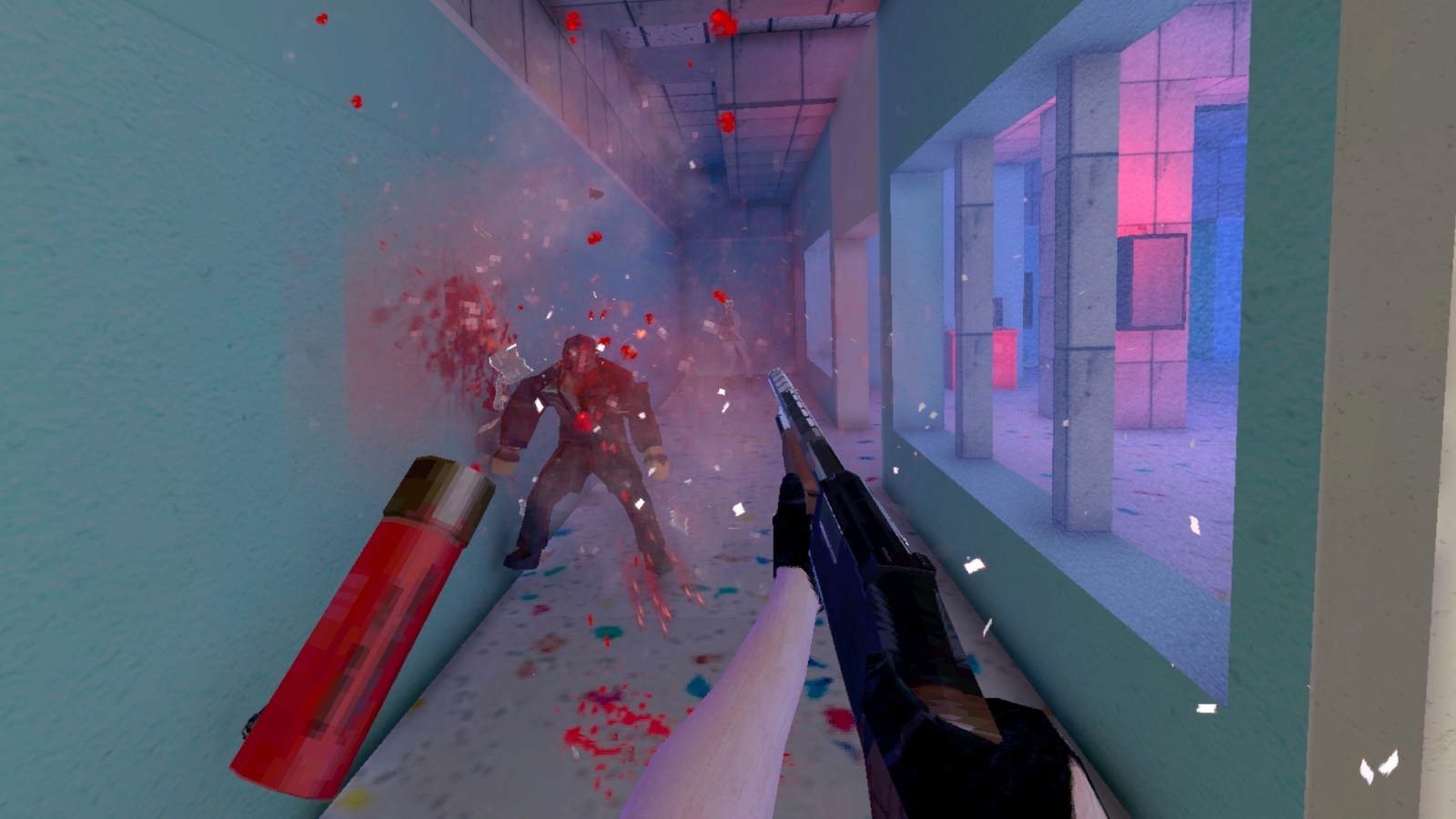 Despite being the resident retro FPS guy, I just realised I’ve not said anything about gun-fu sandbox Maximum Action. Today’s addition of weapon modding is the perfect excuse. Still in early access and a bit rough around the edges, it has some of the most fun slow-mo shootybangs since the original Max Payne. Developed by George Mandell and now with help from Dusk’s devs, the game was recently picked up by publisher New Blood Interactive, the label behind Dusk and Amid Evil. Below, a new trailer, an official Dusk-themed map, and an unofficial weapon pack.

I’ll open with a warning, just to make it clear; Maximum Action as it stands now is pretty raw. There’s bugs, glitches and a very rough UI connecting its loose collection of maps. How much enjoyment you glean from the game will depend entirely on how much you re-played maps in Max Payne 1/2, or played Action Quake 2 and Action Half-Life back in the day. For me, that means I’m having a grand old time diving through windows in slow-mo, shotgunning one leg off a guy, then juggling him in the air with a pistol. It’s just more of a sandbox now than a coherent game.

It’s a bloody fun sandbox though, with a ton of weapons and settings to dive through, guns blazing. I especially like the wild west stuff in here, with some very loud and fiery revolvers. The game is framed as you being a stuntman performing in action sequences, hence the varied environments, which even lends itself to the modding side of the game. Below, a clip of the Dusk weapon pack being played on a new endless survival level based on the same. The publisher have showcased a few of the first wave of weapon mods here, along with a guide on how to make your own.

While the weapon modding is new, mapping is a built-in feature, and there’s plenty of downloadable levels already. As you can see from the videos, the game is also spectacularly violent, with wobbly, reactive ragdolls. This may be a turn-off, but given that the average enemy has less than fifty polygons to them, I’m nonplussed. Still, if you don’t dig the dismemberment you can reduce or disable it. There’s even a family friendly mode that replaces blood sprays with confetti and streamers, and screams with cheers and party horns. A literal festival of violence.

Maximum Action is slightly discounted in the Steam summer sale, bringing it down to £9.68/€10.61/$12.74. It’s still in early access, and there’s no indication on when it’ll be finished. The Dusk weapon pack by “^3Xinerki” (bless you) is here on Steam. You can find plenty more maps and guns on its workshop page here.